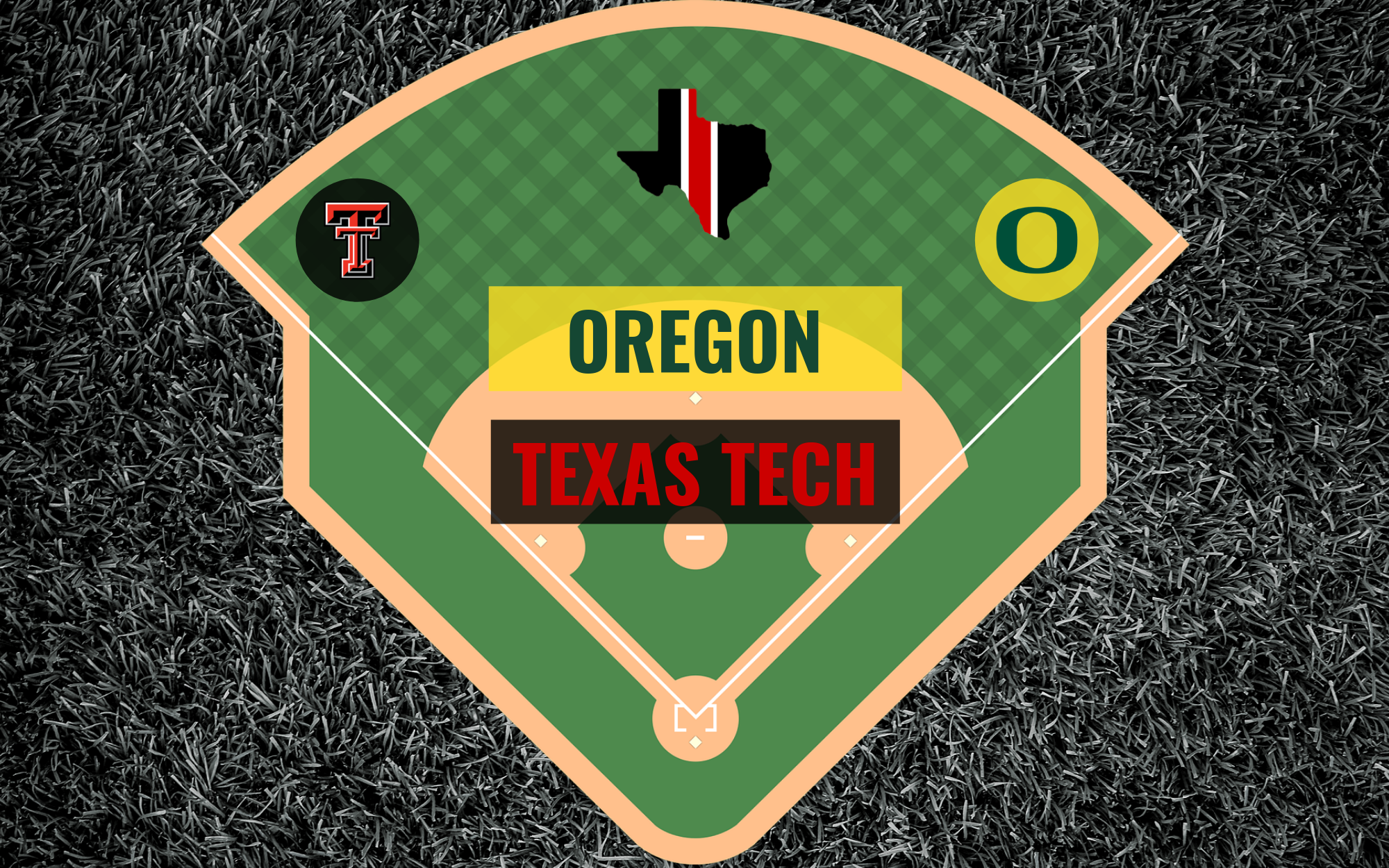 At some point this past week I thought that I was going to need to link to each of the baseball posts that LaBarre and Keith have done over the course of the fall and spring semester. Then LaBarre went ahead and did that earlier this week. If you need to read or listen to anything regarding the baseball team, these guys have you covered. Having them both actually, cover the team makes me realize how inadequate I am in regards to covering your team and how great they are at getting into the nitty-gritty about the team that I obviously lacked. In prior years I’d fake it because covering baseball was important to me to cover, but I knew it wasn’t one of my strengths. This is more evident with them contributing. We are so lucky to have both of them helping out.

What I’m going to do is continue to manage the series threads and update the games to the best of my ability and LaBarre and Keith will fill in all of the gaps during the week with all of their content. The content that I produce will not be as knowledgeable as LaBarre and Keith, but I’ll be your host for the series threads and provide as much content as I can on a consistent basis.

“That’s definitely the standard,” Jung said, “and now it’s not just the goal, making it to Omaha. It’s to try to bring one (national championship) back to Lubbock. I think the goal the past few years has been to get to Omaha. That’s the grand scheme of things. But now it’s to go get one and bring one home.”

A consensus top-five in the preseason national polls, the Red Raiders have reached a point where expectations are high regardless of personnel losses from the previous season — and last June, Major League Baseball teams drafted 11 Red Raiders, the most selections from any college team.

– When asked if the team did not make it to Omaha, that it would be a disappoint since making it to Omaha has become the expectation for the baseball program, Tadlock had this to say, “You have a vision for where your program wants to be each and every day. We probably deal with more day-to-day than probably what you’re talking about at the end of the year. Right now, we’ve got to practice here in about, oh heck, about an hour and a half? We really need to get some work in.”

– Tadlock said it will take time to replace the players they lost last year as they need to develop the newcomers into the players they will be. “You might watch baseball here for another 20 years and not see another shortstop like Michael Davis.”

– Gabe Holt will start out in right field, Tanner O’Tremba will play some in the right field throughout the year, Max Marusak and Dylan Neuse will likely play some outfield and Tadlock also mentioned Easton Murrell as apart of that group along with Brian Klein.

– In comparing Marusak to Cody Farhat, since they Marusak is likely going to play center field, Tadlock said Marusak is faster. “(Cody) got to where he was so good at his craft, really good at angles, very accurate thrower, kind of embraced the ball around the wall. In other words, he wanted it to be hit there. Max has the same type of tools but he’s probably now where Cody is as far as routes and all of that kind of stuff.”

The Ducks, who were picked to finish seventh in the Pac-12 in a preseason poll of the league’s coaches, will send preseason All-American Kenyon Yovan to the mound for the season opener.

“I’ve been dreaming about it since we found out who we’re playing,” said Yovan, a two-time first team All-Pac-12 honoree. “Hopefully I’m going to mow down through them and start off our season on the right foot. I’m excited and I know the guys behind me, coaching staff and everything is ready for it.”

Rounding out the rotation is right-handed sophomore Cullen Cafka and lefty Cole Stringer. While Oregon’s starting pitching rotation is sorted out, the bullpen appears to be where things get dicey.

“Certainly there’s some guys we’ve got penciled in ahead of others in certain roles and match-ups,” Horton said. “But not to the point where we feel like we’re able to say we’ve got an eighth inning guy and a ninth inning guy. Hopefully that’ll happen as we move along.

“We think we’ve got some good arms there. It’s just a lack of experience and not somebody who’s accustomed to that role, expect for probably Nico Tellache. He’s probably the most experienced guy there and quite frankly because of that he’s probably our No. 1 choice.”

Eh, not the best opener. Tadlock maybe went a little long with Caleb Kilian who didn’t have the best day and then John McMillon came in and didn’t exactly solve any of those issues. Kilian allowed 6 runs, all earned, in 3.1 innings, with 6 hits, walking 2, and striking out none. McMillon stepped in down 4-1, allowed a stolen base, then hit a batter and then allowed a single to allow a run. Bright spots? Kurt Wilson maybe is improved, going 2.1 innings, and allowed 3 hits, 1 run, but struck out 3. He also hit 2 batters, so maybe control is an issue, but he’s also missing bats which is a good thing and the only pitcher who registered more than 1 strikeout. Offensively, maybe some guys were pressing a bit. Consensus All-American Josh Jung went 0-5 and there probably won’t be many of those games for Jung. Cameron Warren homered, going 2-4 with an RBI.

Pitching was obviously a struggle in this game, but at the end of the day, credit belongs to Oregon for hitting the ball well. The Ducks were an abysmal hitting team in 2018 and they showed they’re bringing more talent to the plate this season. They had several seeing-eye singles that found a seam and there were a few close calls as well, like Marusak’s almost circus catch near the wall in center field. The Red Raiders just had one of those frustrating hitting days too, a lot of well-hit balls just didn’t get enough carry or were right into the shift.  You won’t see many days like that for Josh Jung, who just couldn’t find the right spot despite really putting on some strokes.

The Ducks also stole nine bases, NINE BASES, in Game 1. I’ve been pretty high on the potential of Cole Stilwell as the potential starting catcher for the Red Raiders, and I still believe he has a high upside, but he was not quick enough in his transfer and his throws lacked pop to 2nd. 127.5 feet is a long toss, but a D1 catcher has got to be quicker with that toss. That’s not to say those steals were all on Stilwell, the infield wasn’t in good sync and rhythm yet and I got the impression as well that the dugout was telling pitchers to focus on strikes, not baserunners. That’s a byproduct of pitching struggles, which the Red Raiders saw plenty of in Game 1.

Caleb Kilian did not look sharp in his debut and may have some rust to shake off. He didn’t pitch much in the fall and may still be getting back in the groove. John McMillon showed again that even in the low 90s he’s still struggling with command and control. The word is he struggled mightily (and dangerously) in spring ball and doesn’t appear to have found what he showed in the 2018 Supers.

Arkansas transfer Bryce Bonnin got the start on the bump today for the Red Raiders and really struggled out of the gate. Bonnin only lasted 0.1 IP, after allowing back to back singles to right field back-to-back walks scored the first run of the day for the Ducks. Bonnin tallied a strikeout and then walked in two more runs before being pulled in favor of Erickson Lanning. Lanning struggled to stop the bleeding with a hit batsman followed by an error and back-to-back RBI singles.

The Red Raiders found themselves down 8 after the top of the first inning and fans settled in for what looked to be a long afternoon, the game did end up being almost 4 1/2 hours long, but it did not disappoint. Texas Tech battled back with 3 runs in the first, 4 more in the second including a 2 RBI no-doubter by DH Doug Facendo and another dinger by C Braxton Fulford. Tech tacked on 5 more across the sixth and seventh innings with another home run by Fulford and good all around hitting. The Red Raiders began working counts and making at-bats work in their favor as they beat up Oregon starter Ryne Nelson for 7 runs on 7 hits and 4 walks in 4.1 innings of work. Ultimately, Tech forced Oregon to run through four bullpen arms, including two, Tellache and Ciufetelli, who also pitched in Game 1.

Lubbock-Cooper product Trey Garlett threw 3.1 shutout innings for the Red Raiders and was described by Tim Tadlock as “really special.” Garlett was followed by JUCO transfer Taylor Floyd who tossed 2.2 shutout innings of his own with an impressive 5 strikeouts.

From the plate every Red Raider reached base safely. Leadoff hitter Gabe Holt stole 3 bases, drew 3 walks, notched an RBI, and scored 3 runs on 2 hits. Holt was the only Red Raider to reach base on all five of his at-bats and did a lot of work on the basepaths to distract pitchers and draw the attention of pitchers. Holt also played an error-free game in both right and center field.

The Red Raiders again overcame shaky starting pitching and came from behind to defeat the Oregon Ducks 6-4 on Sunday afternoon. Connor Queen earned the win for Texas Tech in only 2/3 of an inning of work and was the first Tech pitcher of the day not to allow a hit or run. Queen struck out one batter and covering first for the final out on a groundout to first baseman Parker Kelly. Queen was fired up as the inning concluded and was reminiscent of the fire and excitement shown by Ty Harpenau in his outings in 2018.

Early on it appeared Tech’s pitching woes may continue as freshman lefthander Mason Montgomery surrendered 3 runs on 6 hits in 4 innings of work and the Ducks tacked on another run on Ryan Sublette who did not retire a batter but gave up a run and 3 hits in 6 pitches in relief. But Dane Haveman made his second appearance of the weekend and pitched 2 1/3 innings of shutout baseball. Ryan Keesee made his second appearance in as many days and chipped in another scoreless inning and then John McMillon also made his second appearance of the weekend and earned the save with a groundout to Brian Klein and back-to-back strikeouts. McMillon in the role of a closer just feels right and he appears to throw much better with the excitement of the save rather than the pressure of the start or the long relief outing.

The Red Raiders made their work at the plate count, scoring 6 runs on 7 hits compared to Oregon’s 4 runs on 13 hits. Howard College transfer Doug Facendo went 1-2 with 2 runs scored and 2 walks, Josh Jung was 2-4 with 2 RBI, Gabe Holt was 1-2 with a run scored, 2 walks, and 2 stolen bases, and Tanner O’Tremba played right field through 7 innings and hit a 2 RBI home run in the 6th that just cleared the right field fence and ended the day for Oregon starting pitcher Cullen Kafka after 5 1/3 innings.