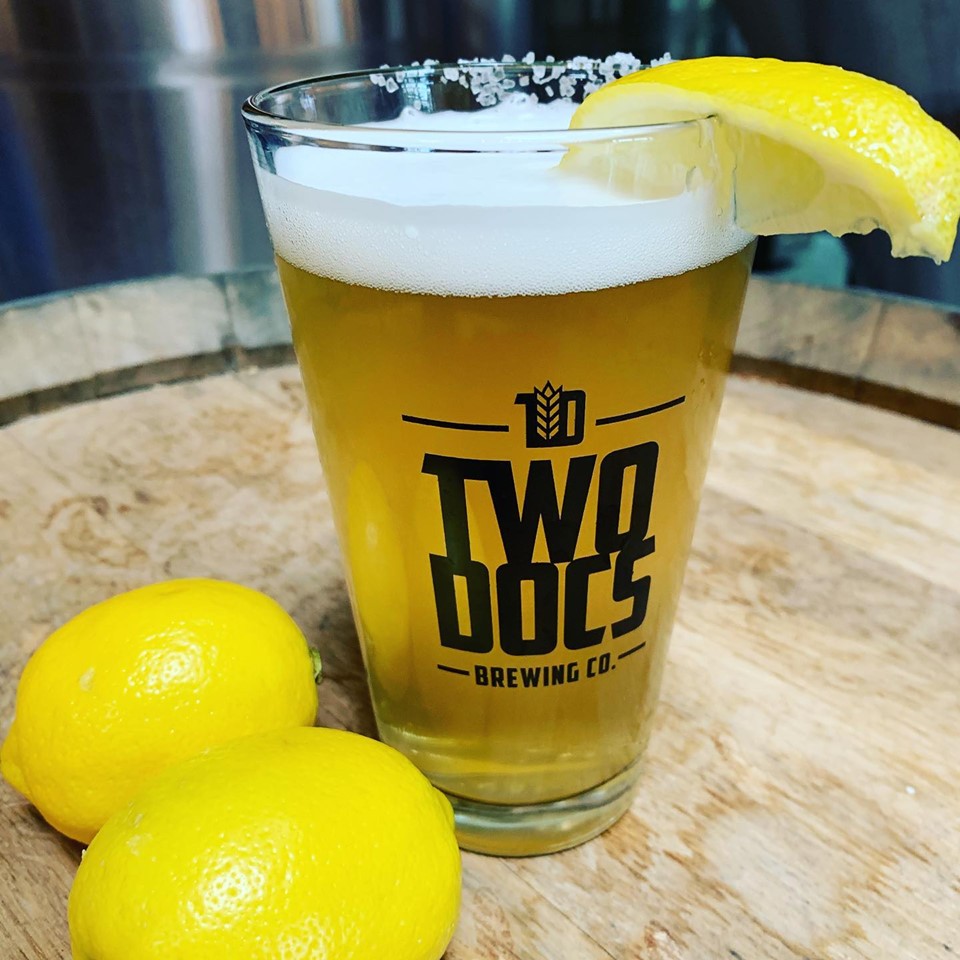 What started with two fellow homebrewers throwing BBQ’s with their families has now turned into one of my favorite places in all of Lubbock. Two Docs Brewing Co. officially opened their doors in February and have already cemented their place in town. Visiting with owner Eric Washington and head brewer Jason Watkins made it clear that this group of owners (Washington, Dr. Eric Cunningham, Dr. Tyson Purdy, Shon Ross, and Jon Stephens) are in it for the long haul.

Two Docs (502 Texas Ave) is owned by a group of Texas Tech alum, one of whom is a former athlete, who keep up with all things Texas Tech and take pride in Lubbock and its surrounding communities (Washington and Purdy hail from Muleshoe). Their beer is now available in the suites at Jones AT&T stadium along with most bars/establishments across town. Lubbock’s Growler USA, which is owned/operated by another fellow Red Raider, has 100 beers on tap and Two Docs is their best seller. Even Coach Beard and Coach Wells have stopped by, much to the delight of the owners. 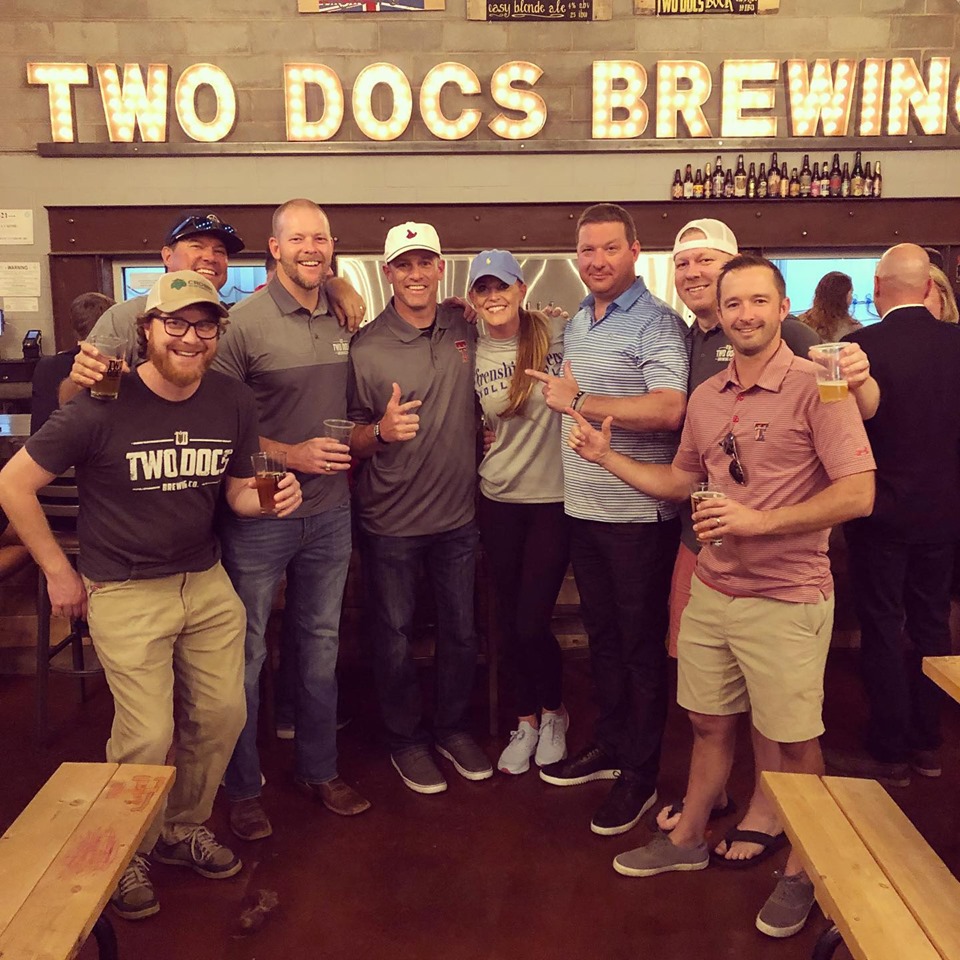 Their success is no surprise. The amount of care taken by Jason Watkins, formerly with Live Oak Brewing Company in Austin, can be seen from start to finish. Each beer has its own water profile, lagering temps are carefully monitored, and yeast expertly harvested to make each brew more efficient.

Washington mentioned that a family-friendly atmosphere is important to Two Docs which is why you’ll see picnic tables, plenty of shade, and games. Two Docs wants you to come with your kids and your four-legged kids to enjoy a few hours of live music and good food provided by a daily rotation of Lubbock’s best food trucks. With their proximity to the LHUCA, First Friday Art Trails are not complete without a pit stop at Two Docs.

All beer drinkers will be able to find something from their vast variety of brews. Lubbock Light, Buddy Hoppy IPA, Red Dirt Red Ale and Two Docs Bock are just a few of the staples along with two of my personal favorites, the Chilton Gose and the Dos Doctores Vienna-style lager. It’s hard to beat either of those on one of your typical early-fall Lubbock afternoons.

If that isn’t enough variety for you, Two Docs released their Hayes-E Baby IPA in late August and will have their Doktoberfest festbier ready in time for their Doktoberfest Celebration this Friday and Saturday. There were samples of both available during our discussion, and Lubbock, you are in for a treat. I have been on quite the Hazy IPA (or East Coast IPA) kick lately. Washington explained that the haziness is caused by dry hop additions which also gives it less of the bitter taste common in IPAs and more of the floral, citrus finish. 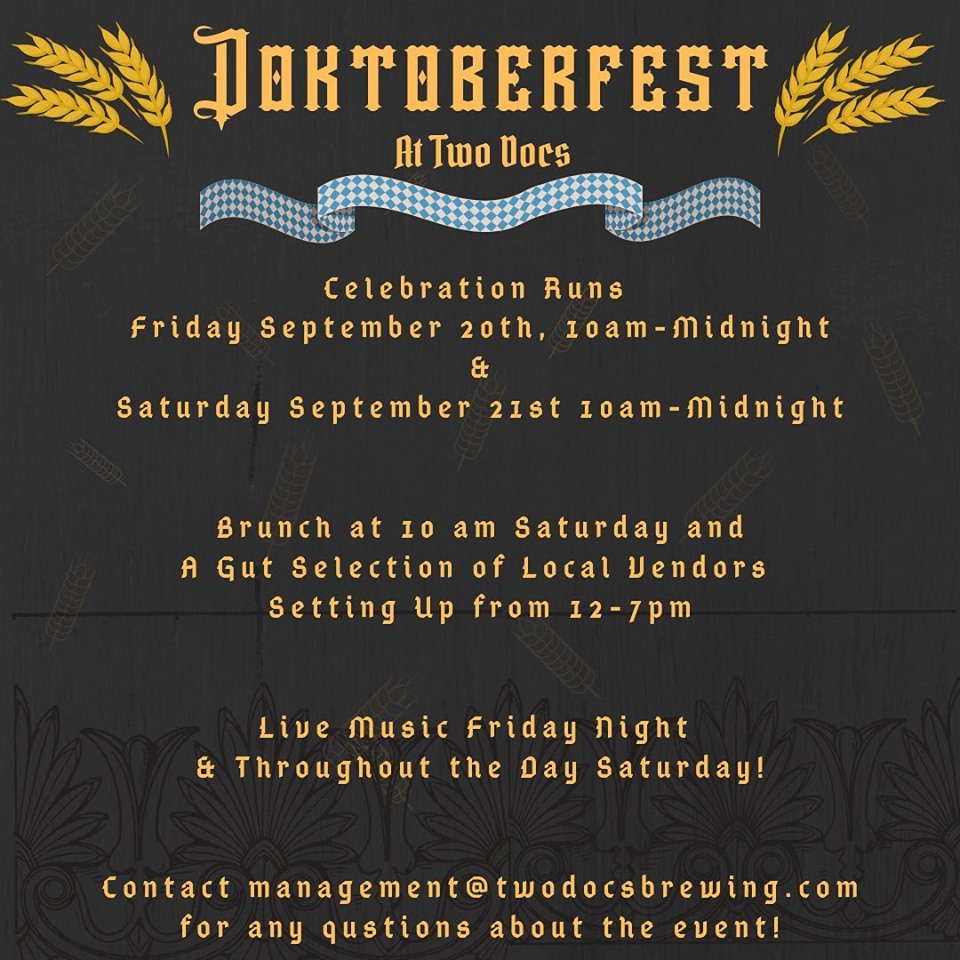 Thanks to the Texas Legislature finally getting with the times, you are now able to buy packaged beer directly from a brewer. As of September 1st, your local brewer can fill a growler or a crowler during operating hours for you to take home and enjoy at your leisure.

Next time you’re in Lubbock, stop by and experience Two Docs. You’ve earned it.

Thanks again to Eric and Jason for visiting with me. You can keep up with what’s on tap by visiting the Two Docs website and by following them on Facebook and Instagram. 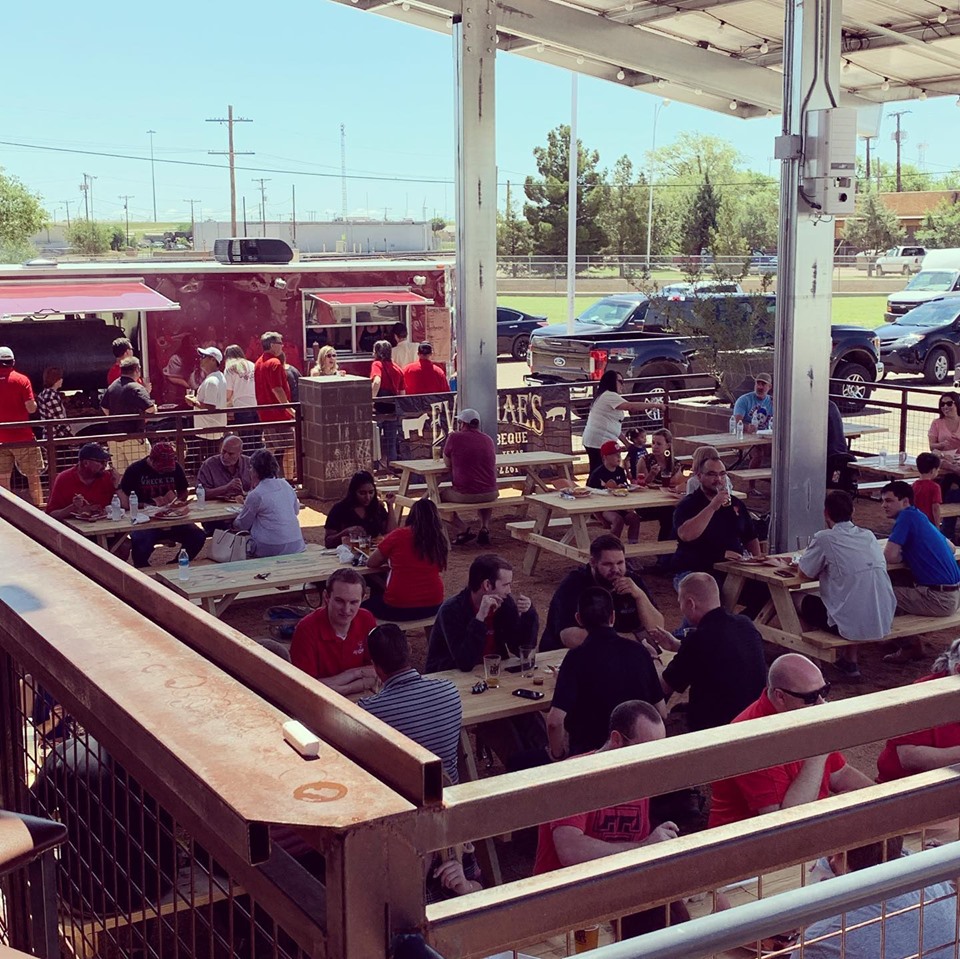