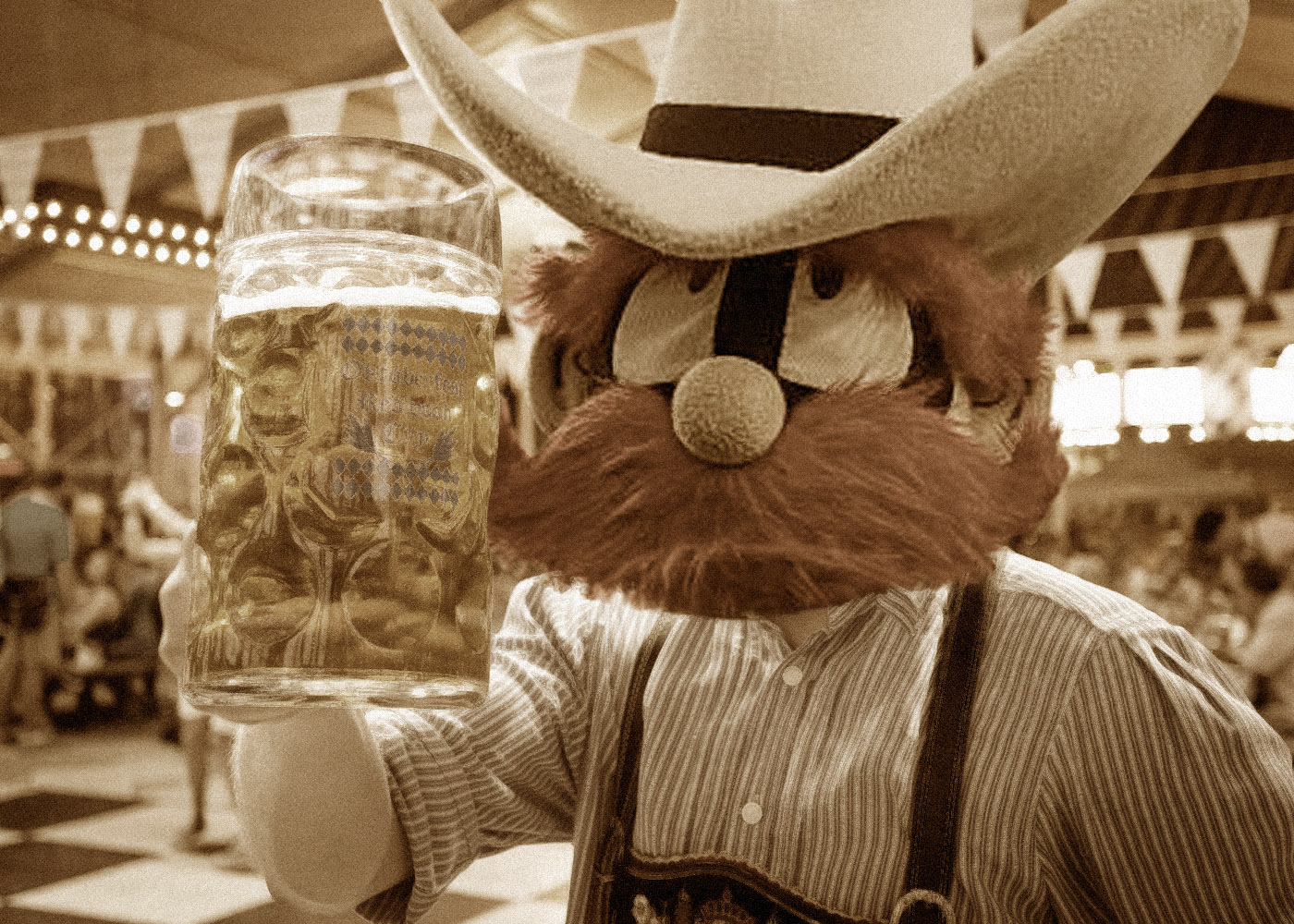 In an effort to broaden horizons and increase cultural awareness, we here at Staking The Plains have prepared a primer for Oktoberfest, the thing you always see stuff about and always wonder why it’s held in September (answer: it technically ends the first weekend of October). As usual with the beer posts, I try to keep it Texas-centric and hit breweries from all parts of the state to increase your chances of stumbling across one. For this particular case, I’ve split the beers between Germany & Texas so that they can be compared and contrast. . .ed. As for tasting notes, reviews on places like Beer Advocate that measure how many fingers the foam head is and what strain of cocoa bean from darkest Peru you get subtle hints of make my eyes bleed. I’ll talk about what you’ll actually smell and taste. Big Pun wasn’t a player he just crushed a lot, and I’m not a cicerone I just drink a lot.

Oktoberfest started in 1810 as a big wedding party for the crown prince of Bavaria. Lasting over a couple of weeks, all of the citizens were invited to take part in the festivities, which culminated in a series of horse races for the royal family. It turns out that getting drunk in a field over an extended period time actually rules, and everyone decided to do it again the next year. Since then, an agricultural fair showcasing Bavaria’s finest was added and still happens every three years, though, the horse racing has fallen by the wayside.

In the 209 years since, German immigrants have spread all over the world and taken their culture with them, including our beloved Texas. While they may not have been celebrating Oktoberfest in Fredericksburg in 1846, people of German descent (and many craft breweries) have often used the event as an outlet to celebrate their heritage and turned them into worthwhile festivals on their own.

But we’re here for the beer, right? While Oktoberfest in Munich seems like the logical center of the beer world, due to strict requirements only 6 beers are allowed to be served at the actual event. That’s because true Oktoberfest beers have to 1) adhere to the Reinheitsgebot (German Beer Purity Law), and 2) be brewed within the city of Munich. The German Beer Purity Law dictates that beers are only allowed to be brewed with barley (malt), hops, and water. So while many Oktoberfest beers you encounter in the wild will most likely adhere to the Reinhetsgebot, because they aren’t brewed in Munich they won’t be TRUE Oktoberfest beers. But the alcohol is still there and the check will still cash, so don’t let that stop you.

One of the Oktoberfest Big 6, Paulaner’s offering is actually in the original Oktoberfest style of a Märzen. Märzens (which is German for March. . . bear with me), were actually brewed in the month of March, but reached their full flavor potential by the time the festival would roll around in late September. Thus, at the beginnings of the tradition, Märzens tended to be the favored style. The Paulaner iteration is a perfect prototype for the style, very well balanced with a slight hoppy bitterness that’s reigned in with a caramel sweetness from the malted barley. There’s a little bit of spice, but overall it’s just right.

The only other Big 6 beer I’ll highlight, this beer is also technically a Märzen but I think it leans closer to the lagers that German Oktoberfest beers have started to trend towards. I say this because, as opposed to the sweetness you’ll find with the Paulaner, there’s a more cereal type flavor to the malt, giving it more of a lager taste. This beer is light and crisp, well worth your time.

Was this post just an excuse for me to drink more Weihenstephaner Festbier? Reader. It. Was. I discovered this particular beer last year on a lark and have been patiently awaiting for it to show up again on shelves ever since. A beautiful golden lager that actually leans a little closer to pilsner, it’s crisp, perfect, and easy to drink 2 or 6. It may sound a little dumb, but when you imagine what “beer” tastes like, this is it. Close your eyes and you can practically hear the polka.

Adhering to the more nouveau lager leanings of festbiers, Real Ale, as it is wont to do, nails it. Copper colored and easy drinking, this beer is can serve as a great prototypical Oktoberfest. A great malty smell in the glass, this beer has a perfect balance between the sweetness of the malts and the bitterness of the hops. Really fantastic.

I’m not sure you’re legally allowed to list more than 2 Texas beers without at least one having a pun, so quota fulfilled. I’ve talked about Legal Draft in past beer posts as they tend to turn out some quality beers, and their Lawktoberfest is no different. A bit more amber in color, this Oktoberfest kind of straddles the line between Märzen & a fest lager. Slightly sweet smelling, just a little bit of orange, and lightly malty.

We all knew this one was coming, as I’m the one writing this post. If you want a Texas Märzen, you want Saint Arnold’s Oktoberfest. The malts in this particular beer are layered, both caramel sweet as is typical of the style but with a hint of earthiness. I always thought this beer reminded me of crushed leaves after the rain, in the best way. This Oktoberfest is the perfect end bracket to the spectrum provided by Real Ale & Legal Draft, but it’s also worth just buying a six-pack on its own. Bring it to any occasion this fall and it will be a hit.

I’ll admit that it took me awhile to get into the Oktoberfest style, but once I found my gateway beer it really opened up things for me. You should always ultimately end up drinking what you like, but seasonal beers are always fun due to their limited availability. Want to take part in an Oktoberfest? Why not go to Doktoberfest, as highlighted by my handsome STP colleague Michael? No matter where you are in Texas, you should be able to throw a rock and hit a party the next 3 weekends, so by all means take advantage. 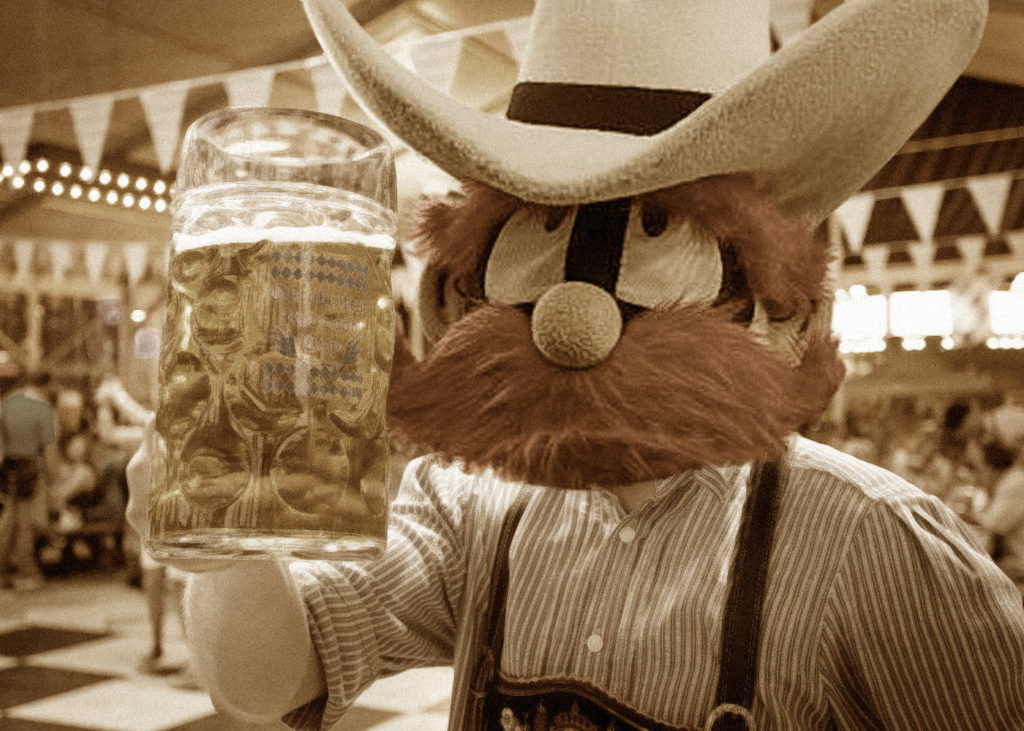