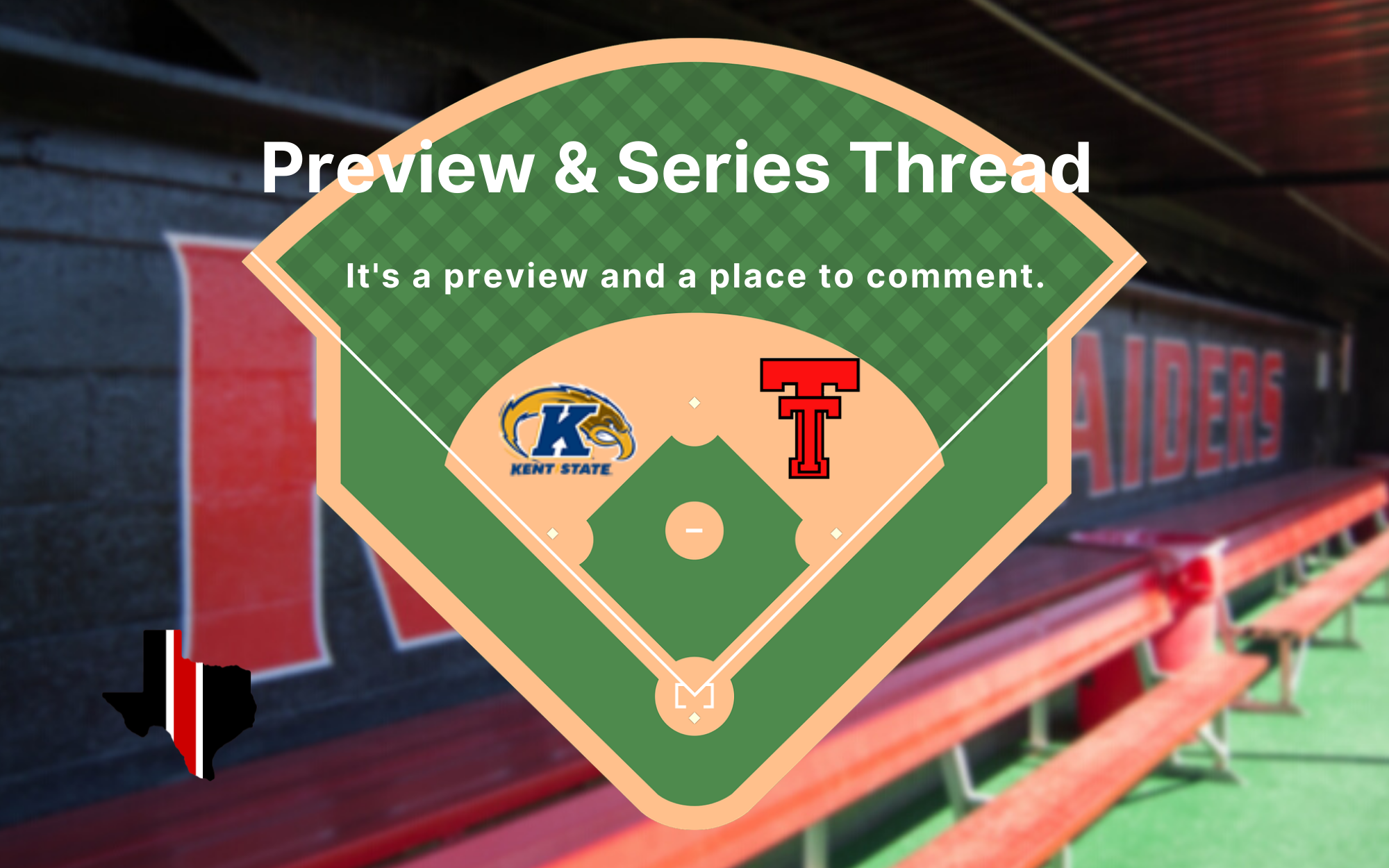 How close was I to simply not having the time to get up a place to comment / puts forefinger and thumb nearly together /. Yeah, I was that close. And I fully recognize that I didn’t fully update last week’s thread, which I will eventually get to, but for now, all of the needed info is here. Remember that it is a double-header on Sunday.

Texas Tech continues its 2022 home slate with its first weekend series of the season, Feb. 25-27, against Kent State at Rip Griffin Park, after hosting Dallas Baptist this past Tuesday.

As Texas Tech takes on Kent State for the first time in program history, the two missed each other at Rip Griffin Park in 2018 during the Lubbock Regional that slotted Texas Tech (1-seed), Louisville (2-seed), Kent State (3-seed) and New Mexico State (4-seed) together. Louisville defeated Kent State 13-6 in the two vs. three-seed matchup, then eliminated NMSU, 2-1, before catching its second loss to Louisville, 12-6, to eliminate them from the tournament before facing Texas Tech. The Red Raiders defeated NMSU and Louisville (twice) en route to the Super Regional and eventual College World Series appearance.

This weekend, John Harris and Mike Gustafson will call the game from inside Rip Griffin Park as coverage will be provided via Big 12 Now on ESPN+. The broadcast can be accessed from any desktop or laptop computer, any personal cellular device and television streaming services using the ESPN app. Registration for the subscription service can be found at ESPNPlus.com.

The Texas Tech baseball team defeated Kent State, 10-7, on Saturday in the first of a three-game weekend series at Rip Griffin Park. The series will wrap up on Sunday with a doubleheader starting at 12 p.m. to make-up for Friday’s game that was postponed due to below-freezing temperatures.

It remained a cold day on Saturday, with first pitch temperatures hovering in the low 40’s, but the offense was one thing that was not cold as the game got underway. The first inning had a combined six runs, and lasted 34 minutes, as Kent State scored two runs, and Texas Tech poured on four in the bottom half. Each team was sparked by a home run – Kent State a two-run shot, and Tech a three-run blast. Kurt Wilson provided Tech’s first long ball of the season with his three-run homer (watch) which pushed his season RBI total to a team-leading seven.