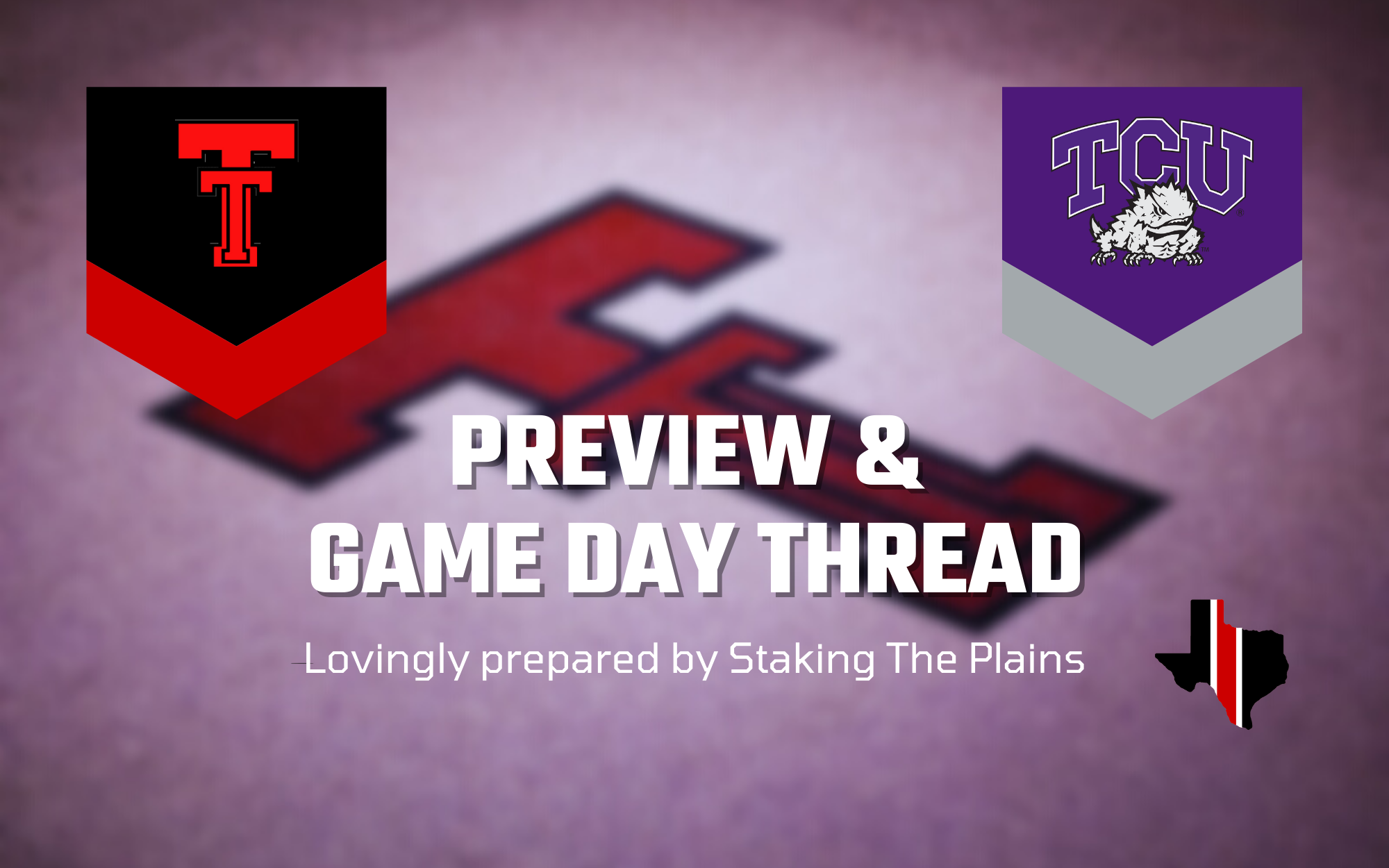 Where to Watch: Ed and Rae Schollmaier Arena | Ft. Worth, Texas

2. Scouting. After starting very hot, TCU has struggled of late, losing 4 of 5 or 5 of their last 7. So they’ve had a tough stretch. Miller and Lampkin are probably their best players. Miller is a good shooter inside the arc and one of the team’s best rebounders. Lampkin is across the board a good shooter and offensive and defensive rebounder. O’Bannon and Miles are TCU’s volume shooters and neither shoot particularly well, Miles makes 28% and O’Bannon is better in that he makes 35%. Probably more accurate to state that O’Bannon isn’t a high-end shooter. I mentioned the last time out that Farabello is the team’s best shooter and that is true, 37%.

3. How They Match Up. Texas Tech is a bit on a streak, winning 4 in a row and Williams has been so good. He reall is hte team’s best shooter for the most part. Texas Tech does not have good three-point shooters and their best shooters other than Williams is Obanor, who makes 32% and Arms, who makes 33%. So when I write about other teams not shooting well from deep, that definitely applies to Texas Tech. As an aside, Williams makes 44% of his 3-point shots. Texas Tech is 281st in 3-point shooting overall. A few gambling stats, Texas Tech is 5-3 against the spread on the road and TCU is 6-6-2 against the spread at home. The Horned Frogs are 10-4 at home, so definitely a home court advantage. Texas Tech is 18-3 as a favorite and TCU is 5-6 as an underdog. Let’s win this one for McCullar’s ankle and Jamie Dixon’s lack of awareness or compassion.

No. 9 Texas Tech takes a four-game winning streak into its Big 12 road contest against TCU at 5 p.m. on Saturday at the Schollmaier Arena in Fort Worth. The Red Raiders earned an 82-69 win over the Horned Frogs in the first matchup on Feb. 12 in Lubbock with Terrence Shannon, Jr. going for 20 points and Bryson Williams scoring 16 to begin the four-game streak.