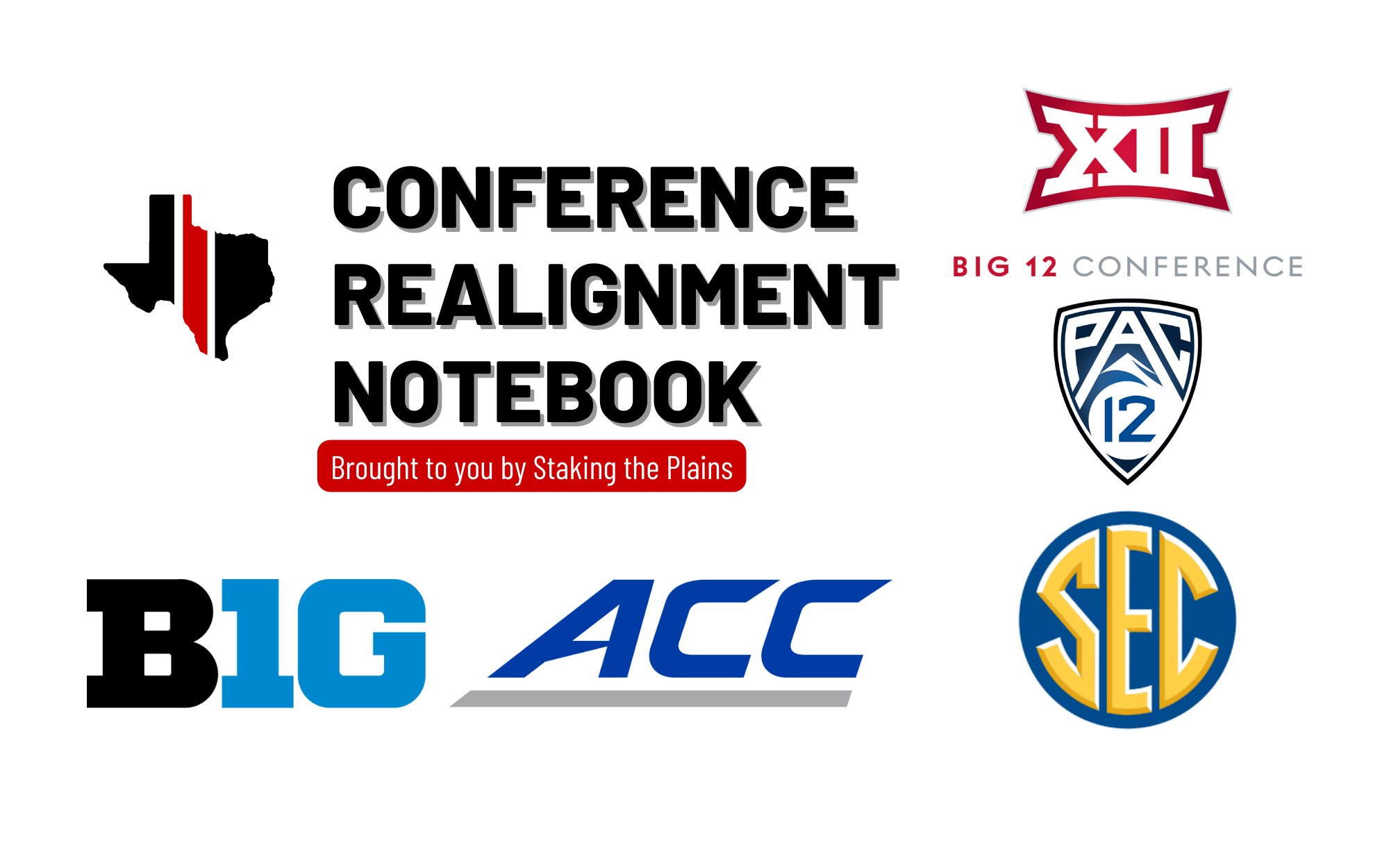 It’s about to be heated.

There’s a lot happening, although I don’t know if that’s really true publicly. There are insiders reporting things and since they’ve been out for the better part of yesterday, if you are online at all you’ve probably already seen this stuff. Regardless, I’m linking here. As an aside, the Pac-12 released a statement stating that they would be formally negotiating on its next television contract. That puts into play the next part.

Adding at least those four schools would extend the Big 12 further into the Mountain Time Zone, creating “travel partners” for incoming member BYU while also adding a rival for the Cougars in the Utes. The Arizona schools are two hours apart and feature Phoenix as a major market acquisition for the conference.

What the Big 12 cannot afford to do, according to multiple industry sources, is stand pat. There is still the lingering question of who even has leverage in adding teams between the Pac-12 and Big 12.

One industry source gave what was termed a slight lean to the Big 12 in being able to snatch teams from the other conference.

The difference in earning value between the Big 12 and Pac-12 would be “negligible” after this round of realignment, but in expanding, the Big 12 would at least be fortifying itself while diminishing the Pac-12.

Arizona, Arizona State, Colorado and Utah bring an annual average value (AAV) that at least matches the 12 members of the Big 12 set to remain with the league once Texas and Oklahoma leave in 2025.

That is one reason why Big 12 expansion would work in this case as the conference would not aim to make its slices of media rights pie smaller. It’s not yet known whether adding Oregon and Washington is viewed the same way by the Big 12.

I know as a fan of Texas Tech, I have felt like the Big 12 has the upper-hand, but I’m sorta in the middle at this point. There are pros and cons to both conferences, but think that the Big 12 is a better football conference which is what is driving dollars on this deal. That’s probably bias speaking and I acknowledge that and isn’t based off of any metric other than what I think.

Yormark has been aggressive, per sources. The most logical play for the Big 12 remains going after Arizona, Arizona State, Colorado and Utah. In a realignment landscape that often doesn’t make sense, those four schools would fit both competitively and geographically. All four would have realistic ambition to win the Big 12 while putting rivals Utah and BYU in the same league.

For those four schools, hitching their futures to Oregon and Washington in some sort of rearranged Pac-12 would likely be a short-term relationship, as it’s probable the Ducks and Huskies will be looking across the financial moat over to the Big Ten. Even, perhaps, at a discounted rate.

If Arizona, Arizona State, Colorado and Utah go to the Big 12, it would essentially kill the Pac-12. Would Washington and Oregon end up following? The Pac-12 would be largely vacant, and they’d need a home better than a juiced-up Mountain West.

The Big 12’s advantage over the ACC in potentially poaching schools is that they are headed to open market after the 2024 football season.

Thamel goes on to write that there needs to be some sort of merger within the Pac-12 and, well . . .

John Canzano writes that the Pac-12 is looking at a loose alliance wiht another conference. Perhaps we should call this an “alliance” and perhaps it will last more than a year, but this alliance is between the Pac-12 and the ACC:

What would a “loose partnership” with the ACC look like? It could include a shared media rights deal with ESPN, who currently works with both entities. Also, it could result in the 10 remaining Pac-12 teams sticking together and the winner of that “10-team division” playing in an ACC vs. Pac-12 championship game in Las Vegas at the end of the season. Also, there could be some attractive regular-season crossover games between the entities in football and men’s basketball.

“Geography aside,” Thompson told me Tuesday, “(the ACC) has significantly better TV markets than the Big 12.”

The ACC’s television markets include Boston, Atlanta, Washington D.C., Miami, Tampa, Louisville and Orlando, among others. Syracuse has some reach in the New York market, too. The Pac-12’s footprint includes Seattle, Phoenix, the Bay Area, Denver and Salt Lake City.

Now, the smart thing would be for the Big 12 and the Pac-12 to not fight between themselves with a last-man-standing sort of vibe, but work together and basically own the Western half of the United States.