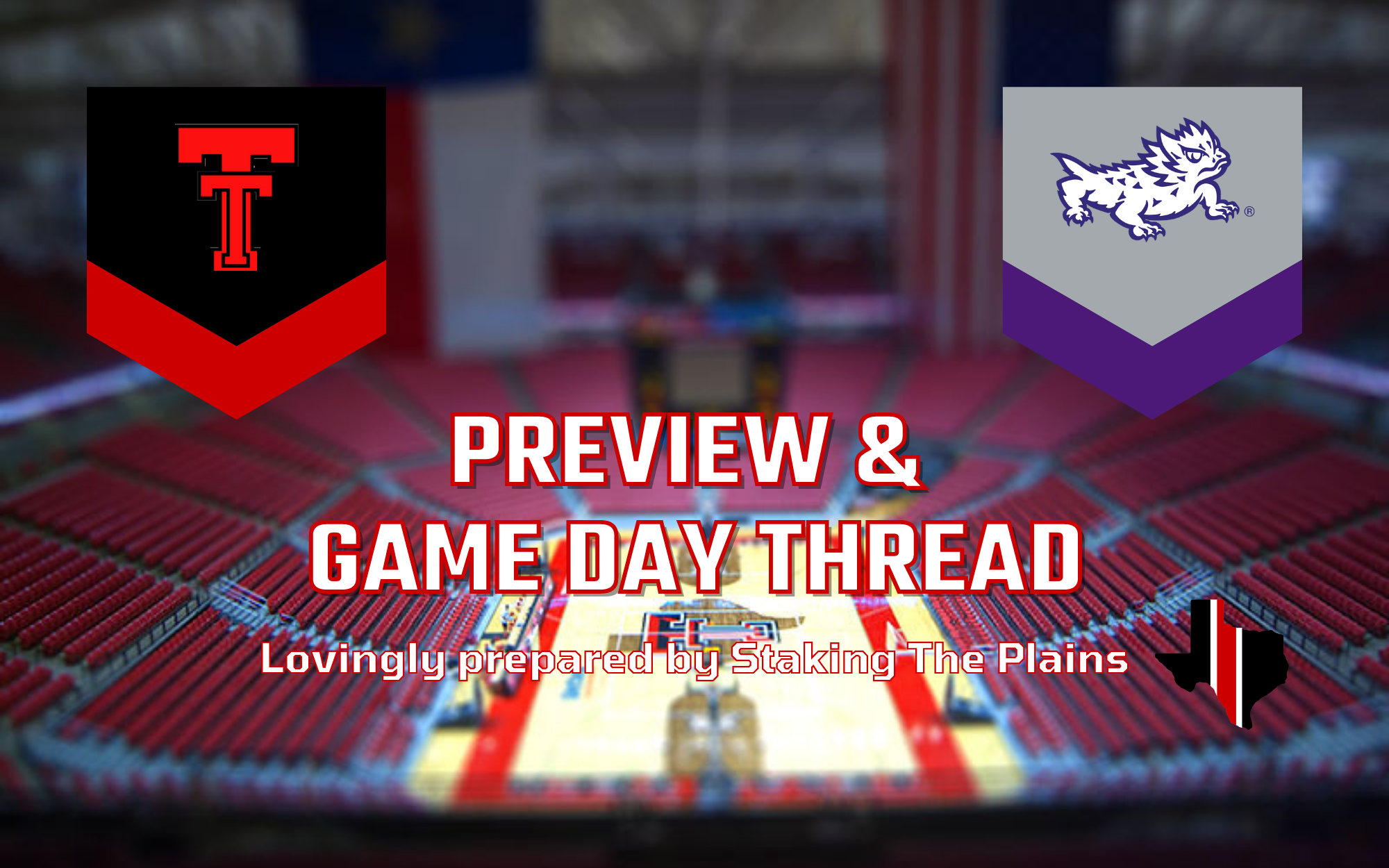 Where to Watch: Ed and Rae Schollmaier Arena | Ft. Worth, TX

2. Scouting. Miles is a stud and will play in the NBA, but his shooting percentage from deep is what’s holding him (and the team to an extent) back. Miles is good at just about everything, but only shooting 31% from beyond the arc. Miller is also excellent and the best shooter on the team. Wells, Coles and O’Bannon are shooting the ball a ton to stretch the defense, but they just aren’t making shots, O’Bannon is the best of the bunch making 32%, but everyone else is below that. Miller and Coles are probably the best rebounders, with Lampkin the best offensive rebounder.

3. How They Match Up. According to T-Rank, TCU is to win by 2.8 points, so this should be a close game. These teams are actually pretty close mirrors to each other and with the last handful of games for Texas Tech, they’ve improved some numbers. TCU has more veterans for sure, but Texas Tech should be a tougher match-up

ESPN: Hits and misses from the 2022-23 men’s college basketball freshman class so far

A highly touted point guard in high school, Isaacs committed to Texas Tech in September 2021, decommitted two months later in early November 2021 — then recommitted and signed with the Red Raiders two weeks later. And Mark Adams is certainly glad he opted to head to Lubbock. Isaacs has started all 10 games for Tech, averaging 10.3 points and 2.7 assists and shooting 38.5% from 3.

Round 1 of the Big 12 fight begins for Texas Tech against No. 18 TCU at 11 a.m. on Saturday inside the Schollmaier Arena in Fort Worth.

The Red Raiders (10-2) enter conference play on a six-game winning streak and having scored over 100 points in three straight games, while the Horned Frogs (11-1) are on a nine-game winning streak following a 103-57 win over Central Arkansas on Wednesday night. TCU is 7-1 at home this season and Tech will be playing its first true road game.

“They are a very experienced and well-coached team,” Texas Tech coach Mark Adams said. “We are going to have to attack in different ways and get back on defense. They like to attack like we do. They are a very physical team, and we’ll have to put a focus on rebounding. It’s a new season. There are 18 of these games and they are all going to be tough. It’s an 18-round fight and we are going to have to be ready every game. This is round one. It’s hard to win on the road in this conference. We’ll go there ready to play and try to get the win. We’ll have to play well and be efficient. We have to be the tougher team.”