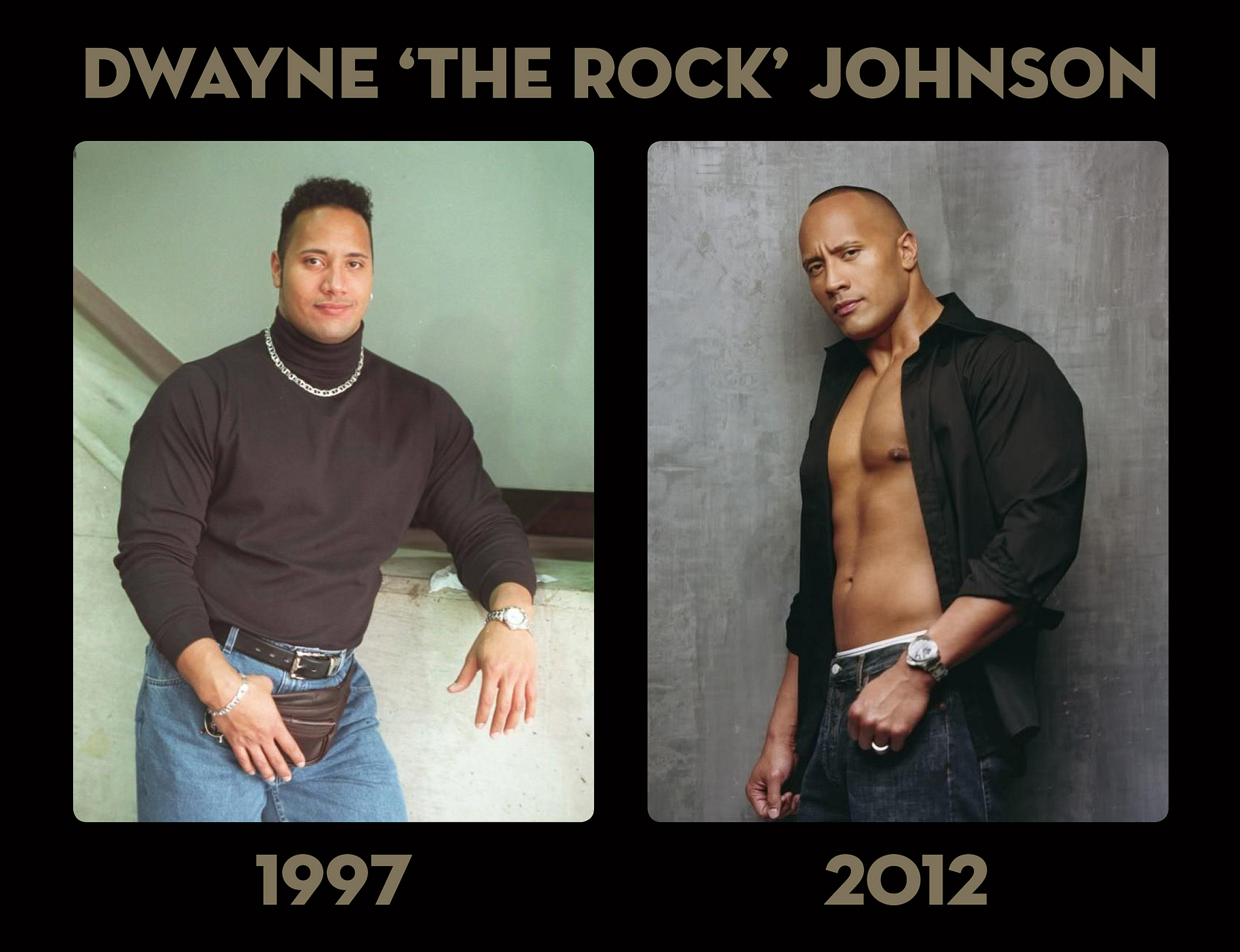 It’s a good story, but probably not true.

Via PalmBeachPost’s Matt Porter, The Rock, Dwayne Johnson, and his former teammate, Kevin Patrick, who is the current defensive line coach for Texas Tech, got to telling stories about how Johnson and Patrick got into a fight back when they played for the Miami Hurricanes:

Johnson’s frustration at not being an impact player boiled over one day after practice, when he was heckled by his friend and fellow linemate Kevin Patrick. “I was always running hot because I wasn’t getting the playing time that I thought I deserved,” says Johnson. “The truth of the matter is Warren Sapp was just a better player, but when you’re young, you can’t see that. Me and Kevin were in a coach’s office, and he was talking s—, as always, but this time I just lost it. It was like a movie fight—the desk got turned over, stuff was flying all over the place. We spilled out onto the weight room floor, still going at it. He wouldn’t stop talking, so I decided to pull his tongue out. I stuffed my big ol’ hand into his mouth, and I had a couple of fingers around his tongue, but it was so damn slippery! I was quite serious about pulling it out, but I couldn’t quite get a hold of it. Eventually I gave up, the fight ended, and two minutes later we were hugging each other. It was so dumb.”

I love my brother but one thing is for sure. If he tried, he’d currently be a fingerless actor. #TheUFamily @TheRock

Patrick tells a bit of a different story, namely that Johnson didn’t stick his hand in Patrick’s mouth to pull out his tongue:

Patrick said no punches were thrown as the two crashed around in their shoulder pads. The date of the fight is unclear. Patrick wasn’t sure anyone won, but he’s certain he didn’t lose.

And he has no problem letting his former teammate know.

“I’ll still whip Dewey’s a–,” Patrick said. “I promise you that. I’ll start a little war up with his a–, Mr. Big-Time Hollywood.”

There’s also the story about a chance meeting between Johnson and Patrick when Johnson was wrestling and that meeting resulted in Patrick’s then-girlfriend sticking with Patrick.

Maybe we can get Johnson to come to a Texas Tech practice in the spring:

Me & @DLineKP who’s now @TexasTech‘s D-Line coach tore our weight room up with our fight.😂
He’s a f’n animal and I luv him 4 life. #Family https://t.co/6usYFYeMur