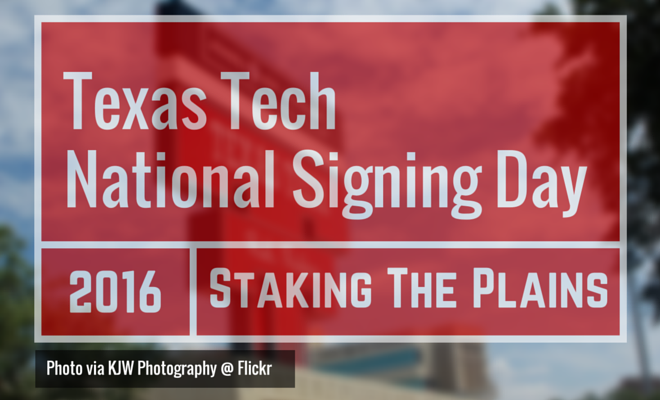 This is the one-stop place to track everything with the 2016 Texas Tech National Signing Day class.

The official site has the schedule for the day, including the television schedule.

The best way to keep track of the action is on Twitter. It’s the fastest and most free-flowing way to see what’s happening. This is the Texas Tech Twitter list that I’ve curated and hand-crafted. I’m also going to be posting the heck out of things on the Staking The Plains Facebook page. So, if you are into Facebook, I would so appreciate it if you shared our posts and Tweets. Spread the word about this class.

These are the two that have been mentioned by RRS multiple times.

This table will be updated as the commits roll in. The checkmarks should hopefully all turn green by the end of the day.