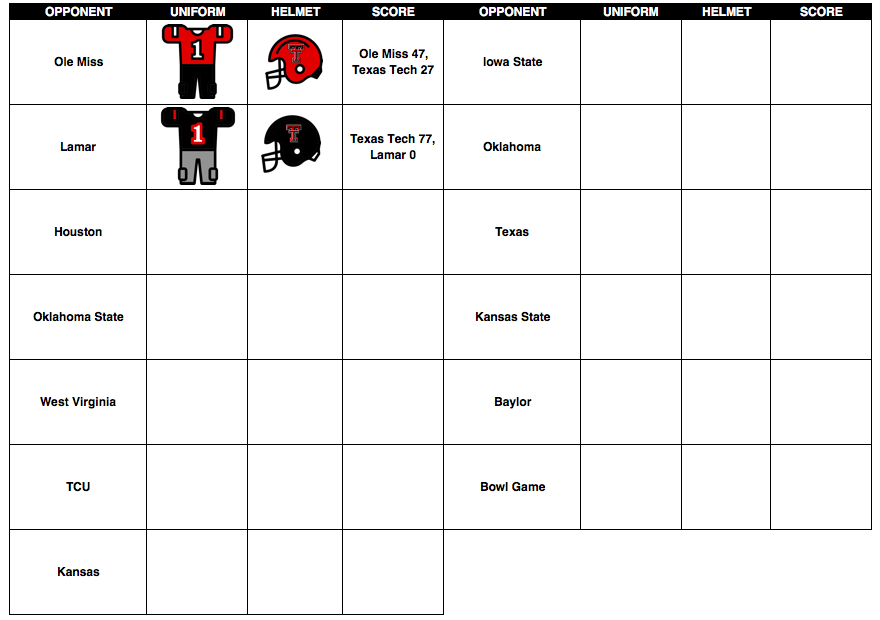 The problem I have with Houston is that when I look at the stats and the match-ups, this is way too reminiscent to the Ole Miss game. Mobile quarterback. Big receivers who can get behind defensive backs. Quality running game. And let’s not forget Ed Oliver, who can be a force to reckon with on his own.

As we keep track of the true freshmen who have played: KeSean Carter(x2), Erik Ezukanma (x2), Ta’Zhawn Henry (x2), Sarodorick Thompson (x1), and Jaylon Hutchings (x1). I don’t know if that’s a misprint as I wasn’t paying that close of attention, but Hutchings apparently got in the game and that’s the first freshman defensive player to get snaps.

Ed Oliver was absolutely dominant this game, shedding blocks and I think he finished with 13 tackles . . . that Rice interception seemingly was just Houston flooding the area before the first down marker and going zone coverage and the Rice QB just threw it to the wrong spot . . . that Rice touchdown was interesting because I don’t know that we’ve seen it from the standpoint that someone just going right up the seam and then over the top of the defense . . . Houston has fast and explosive players, that end-around was a nice display of that . . . oh my gosh, that punt gaffe was something . . . nice play action from Rice . . . we don’t really get to see the beginning of the 40-yard touchdown, but the Houston receiver is doing exactly what Baylor used to do, line up outside the has and run as fast as he can down the field as possible, with no safety help . . . Houston will rush and get to the quarterback . . . I’m interested how Rice sticks in the game . . . We finally get to see the rushing ability of King, who is really good and pretty tough . . . goodness, the Houston receivers are just running wide open . . . once Houston has you thinking about the long pass, he’ll get you all spread out and you won’t be as concerned about the run . . .

Arizona just decided not to tackle that first play, pretty amazing display . . . Houston is definitely opportunistic defensively . . . on the first touchdown pass, he’s throwing to his tight end who is going in motion, with Arizona in zone coverage and the nickel back is supposed to hand off that tight end to the safety who just doesn’t roll over. That’s a coverage mistake, but it does demonstrate how the Houston tight end has some decent wheels . . . the next touchdown is one that’s not complicated, send a man in motion to determine if the defense is in man or zone, the slot receiver just does a simple post route and knowing that the defense is in zone coverage, he just slips between the two defenders with the safety not making much of an effort . . . the next play, King is just so good, spinning out of a sack, and then a really nice touch pass to the corner of the endzone, just a perfect pass . . . denied on 4th down at the goal line LOL Arizona . . .

Houston head coach Major Applewhite held his press conference on Monday so let’s dive in. Applewhite was asked about what his quarterback, D’Eriq King, has done on and off the field:

On what D’Eriq King has done offensively
“He’s done a great job of taking care of the football, taking shots down the field, knowing when to tuck the ball and when to run with it. He’s making good decisions with the football. In addition to the kind of competitor he is and what kind of leader he is, he’s doing a great job with the ball. That’s the stuff that shows up on the field and is allowing us to have a lot of success offensively. There are a lot of other great plays being made by great players, but ultimately the quarterback – the decision maker- has to make good decisions with the ball. That’s what he is doing right now.”

On how much D’Eriq King has matured on and off the field in the last year
“It was apparent to me when I went to visit his house during recruiting, how he was raised. His family, his siblings, I knew we were getting a great young man, because I met his parents. I knew what kind of young man he was going to be. When you get him in a football setting you see what kind of competitor he is. You see the record his high school had and how he led as a quarterback. You start talking to different athletes around town, different schools and different districts, you learn more about the competitor side of D’Eriq. I’m pleased with the way he’s competing, I’m pleased with the way he’s playing and leading. These are all things we expect and certainly things we don’t take for granted. We’re very appreciative and blessed to have a quarterback like this.”

On what is expected playing Texas Tech?
“It’s never too early to start getting prepared for what your players are going to go through, in terms of their first road trip. This is their first time actually getting on an airplane, and all the different things going in and out of your brain as you get ready to go compete at three o’clock on a Saturday. Those are the things that we’ll talk about through the week and eliminate that from their thought process. In terms of playing at Jones Stadium, it’s always a great environment and they score points. In my 20 years of experience with them as a coach and player, they always score points, have a great tempo, and they take the ball away. They’re averaging somewhere around 600 yards and 50 points a game. Defensively they’re holding you under 400 yards, and they have nine starters returning on defense. They’re a very good football team and it’s a great challenge to go on the road and we’re looking forward to it.”

“Patrick (Carr) has provided some explosive runs for us. Right now if you’re in that kind of game of who’s leading the race, he’s obviously the guy who has had the most yards per carry. He has developed a tremendous amount of trust in the play caller for the offensive line. You know in this day and age that you have to three or four. It’s not like back when Bo Jackson and Herschel Walker in the mid-80’s where they’re going to have 45 carries. It’s just not it. So you have to play three or four of them. You have to try and keep them healthy throughout the season, and now the game is run on the perimeters with wide receivers and quarterback runs. It’s just a different ball game. You’re going to see the rushing game yard distribution different and wide receivers involved in rushing stats. You’re going to see quarterbacks involved in them. We just need to keep doing the right things right, and worry about preparation. Depth chart and stats, all that stuff will take care of itself.”

Light a Fire: Madison Akamnonu is going to need to show on Saturday why he was a 4-star recruit and exhibit that strength and size that garnered him that attention as he’ll be trying to stop Ed Oliver (along with others). Oliver is routinely lined up over the left guard, but there’s really no one spot that he’ll line up. I just think that Akamnonu is going to need to be terrific.

Eraser Wanted: If Jah’Shawn Johnson is back, it needs to be him that helps erase some of the potential big plays that are capable by Houston. And just as an FYI, Justus Parker did not start last week. Douglas Coleman started over him. That’s interesting. And at safety, Thomas Leggett and John Bonney both started, over a healthy Vaughnte Dorsey. Parker and Dorsey both played, but not starting is interest at the least.

Needs Repair: One of my bigger complaints in playing against Ole Miss was the lack of creativity on offense. That seemed to change against Lamar and I thought Kingsbury opened up the playbook quite a bit. Kingsbury maybe mentioned this week that he was able to rep both Alan Bowman and Jett Duffey with the full playbook for Lamar, hinting that McLane Carter got most of those snaps leading up to Ole Miss. I hope that we continue to see that more varied offense as I think that keeps opponents on their toes.

Under the Microscope: Another position that I’m continuing to watch is the defensive end spot, where Quentin Yontz started over Eli Howard. I don’t know if the staff feels like Yontz is a better run stopper or if it makes sense to make the first and second team lines a bit more equalized or maybe Gibbs feels like that Howard and Tony Jones offer a better pass rush duo than Yontz and Kolin Hill. Just something to watch against Houston.

Tacos vs. Burritos Matchup of the Week: Houston quarterback D’Eriq King vs. Texas Tech linebacker Dakota Allen. For me, I think that Allen had one of his worst games against Ole Miss and I’m pretty confident in his ability to get that corrected, which should make this a fascinating and fun matchup to watch. Truthfully, I doubt that these two will really be matched up in a traditional sense, but the linebackers have to contain King in the pocket because if he shakes loose, he’s as dangerous as any slot receiver in the country.